Telling the Truth, the Whole Truth 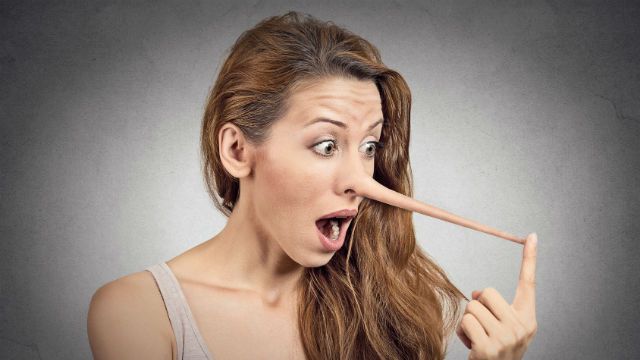 Have you ever been with a friend or family member who decides to “go off” on you suddenly, leaving you dazed, angry and feeling victimized?

Or perhaps you have a friend who always shows up as a drama king or queen, drags you into their BS and leaves you sapped of all your energy.

Maybe you’ve been in a restaurant, coffee shop, or even at the beach, where you notice a huge gathering of women standing close together and cackling.  Loudly.  As you walk by, they’re ripping some poor soul to shreds, who is nowhere to be seen.

And we all know about the boss story.  In fact, I worked for someone who constantly belittled me, made me work harder than anyone else and never acknowledged anything I did.  She talked down to me, gave me horrible write-ups and anytime I’d make a mistake, she’d humiliate me in front of the entire office.  Everyone was mortified, but no one would speak up, including me.

These behaviors are commonplace.  They’re widely accepted, put up with, ignored and swept under the rug.

And I don’t know about you, but the older I get and the more I work on aligning with my authenticity and integrity, I just can’t allow this in my space anymore.

It’s hurtful from an energetic standpoint.  It damages people’s reputations, hurts feelings and kills self-esteem.  It can ruin relationships, create separation and avoidance.  I’m sure it’s been the catalyst for major depression and even suicide.

And whether they know it or not, it directly affects the perpetrator.

I remember the Six Pillars of Character from an elementary school I worked at.  The first one was Trustworthiness:

But I guarantee that most of us have trouble getting past the first two or three on the list.  We tell our kids to be honest.  We were told that too.  But telling the truth and being honest, creates a conundrum for most kids, which in turn, follows us into adulthood.

Kids learn to lie and people please from us.

When a telemarketer calls, we tell them they’ve got the wrong number.  When we open the door and find a package sitting there (with someone else’s name on it), we keep it instead of getting it to the person it was intended for.  Maybe you’ve never done it, but it happens all the time.  Have you ever found money or a ring in a hotel or restaurant and not returned it?

Kids see lies and deception all the time.  Only we call them “little white lies,” so they seem acceptable.  Can’t hurt, right?

We lie about our relationships, when we’re late, when we don’t keep a commitment, when we get a gift we hate, and when we get hurt.

But in the back of our minds, we’re told over and over to tell the truth, that honesty counts.  To live by the golden rule.

When we get injured at a soccer game, we’re told to “suck it up.”  And all we wanna do is cry or beat the shit out of the kid who pushed us down.  When we’re disappointed, we’re told to be a big boy or girl.  When mom burns dinner, we’re told to tell her it was good.

We steal something and feel great shame.  But we don’t tell anybody.  If we get caught, we know we’ll get spanked, lectured, grounded or worse (humiliated and punished).  When we flunk a test, lose a book, get a ride with someone we’re not supposed to, we lie.  When someone molests and then, threatens us, we don’t tell.  When we see someone steal something from someone’s porch, we don’t say anything because we might be accused of lying.  We don’t want to get involved.

My thoughts above are only around a few possibilities. As you know, the list is endless. When we’re little and someone takes our toy, we’re told to let them have it.  To learn to share.  Be a good sport.

When someone is mean to us, we allow it.  Especially if they’re an adult.  We have no voice.

And if Sally pushes you down and injures you, and you try to stick up for yourself, she says YOU did it.  You made her do it.  It’s your fault.

And if you say something mean to Sally (even if it’s the God’s-honest-truth), you have to “take it back.”  You don’t want to hurt her feelings, even if she is a little witch.  She gets away with murder and continues to behave this way; she shows up as a bully in life.

So, how can you win?  Nothing is clear and everything is screwy.

We take responsibility for things that aren’t ours to be responsible for.  And for people we shouldn’t.  We’re taught that allowing others to do things that are unethical, unkind, immoral, unfair is OK.

It’s alright.  They didn’t know any better.  They couldn’t help it.  They came from the poor part of town.  They had divorced parents.  You don’t want to hurt their feelings.  You’re bigger than that.

But what about the TRUTH?

Now, I don’t know if the world will wake up or not.  We each get to be responsible for our actions, behaviors, decisions and commitments.

What would happen if you called out the person who went bonkers on you just because it was the right thing to do?  Like, what if you said, “Hey, that behavior is not acceptable.  Maybe you can get away with it around other people, but not with me.  You can continue this way but then, I choose to not be in this relationship.  Or in your space.”

What would happen if when you walked by those gossiping women, you said, “Hey, it’s not OK to be talking smack about someone, and maybe it’s none of my business, but I sure as hell wouldn’t want to be the one you’re talking about.”  (You’ll definitely get some sneers…)

What if you told your boss that he/she was out of line?  What if you took the conversation to the higher ups?  I eventually did. I didn’t win a popularity contest.  I got black-balled from the school district but I didn’t care.  No one had a right to do what she did and get away with it.

And clearly the district agreed with me.  I’m sure others came forward when I opened that door.  I later found out my boss got fired or left and so did her assistant.  And I know that saved many people from future grief.

So, what if we politely told the telemarketer we weren’t interested?

What if we told mom we couldn’t eat the burned food.  We could say we appreciated the efforts but it’s making us sick. What if we could tell someone honestly that they really don’t look good squeezed into a pair of jeans that made their stomach squish out; maybe a nice long skirt would look better.

Why can’t we call out our partners or kids when they put us down?  What’s wrong with standing up for ourselves?  If we say it with love, at least we’ve said it.  Shoving it doesn’t help them and it certainly doesn’t help us.

And so what if there’s some backlash?  You are responsible for you.

The value in telling the truth

This is where we get to grow up and learn emotional intelligence, something most of us were not taught.

Telling the truth can be about our opinion, a judgement on someone else.  And that’s never beneficial.

Or truth-telling (or with holding truth) can be a way to assert control over someone else or to control a situation.

Often, we don’t speak truth because we’re afraid we’ll lose someone or something.  But is it better to lose ourselves in the process?

We are not responsible for other people’s reactions.  If we tell the truth, with love and in the highest and best good, it may hurt someone.  But in the long run, it will serve them well.  And it builds our inner strength.

And if someone tells you the truth about the way you’re behaving; or if they call you out on something that’s unethical or immoral, react if you must.  But reflect.  If they really did it out of love, it’s an incredible way of seeing how you’re showing up in the world.  Thank them.

Truth-telling can be amazing feedback.  We have a perception of who we are and how we act in the world.  And it’s through our rose colored glasses, which means we’re probably not seeing how we’re really showing up.  We get to wake up and take a deeper look.  Course correct, or not.  We get to choose.

Telling the truth is feedback when it’s done out of love, fairness or accordance to doing what’s right.

Telling the truth is empowering.   It’s a gift to others and ourselves.  It makes them responsible for them and you responsible for you.  It takes the weight off of your shoulders.  It places you in your power.  It takes courage but it also takes a great deal of love.  It helps everyone to grow.  It can create greater understanding whether it’s in the workplace, with  your kids or spouse at home, with friends or in the world.

Remember, people’s reactions are not yours to own.  If you’ve told the truth with love and conviction, how others react is their stuff.  You are responsible for you.   You might be surprised that they they’re grateful for your voice.  I’ve had people thank me for telling them the truth.  And it feels amazing.

It takes courage to tell and uncover the truth.  Sometimes we talk ourselves into believing that avoiding other’s anger is a loving thing to do.  We justify not telling the truth because we don’t want to hurt someone, when in reality, we don’t want to deal with their wrath.  But avoiding isn’t loving or kind to ourselves or others.  When we allow others to treat us in a certain way without calling them out, we sacrifice our integrity.  We become a victim.  They stay a bully and we stay angry and powerless.  Is it really worth it?

The next time you get the chance to practice telling the truth (non-people pleasing), you’ll realize that to honor yourself is empowering. When you do it without blame or judgment and it’s for someone else’s highest and best good, it’s one of the kindest things you can do for yourself and others.